Go with the Flow: Acupuncture for Painful Periods 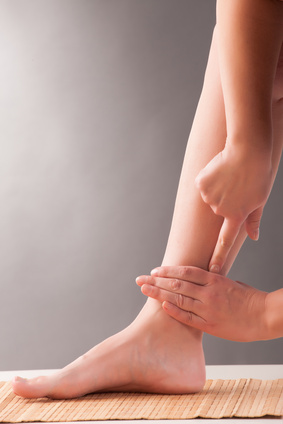 As an acupuncturist, and when I ask women questions about a menstrual period; I often hear… “I have a terribly painful period but think it is normal…everyone seems to have…  I just take a couple of pain killer tablets and deal with it”

This lower abdominal period pain can often be accompanied by lower back pain, tender breasts, moodiness, tearfulness, nausea, diarrhoea or constipation, and also headaches.   Do these sound familiar to you?   If yes, good news is that acupuncture can help clear or alleviate these symptoms.

Let’s look at how traditional Chinese medicine (TCM) views a menstrual period, and a painful period.  First of all, menstruation blood is called Tian Gui, or Heavenly Water for women.   Ancient practitioners believed that menstruation blood is different from the regular blood which circulates in the body.  In fact, Heavenly Water is considered Essence, the vital energy and allows women to conceive.  As the name suggests, menstruation is more precious than just a monthly discharge.

Our Heavenly Water depends on a smooth flow of energy, Qi and blood in the uterus.  In other words, the period pain is caused by some kind of impediment of Qi and blood in the uterus, and this stagnation can bring on other disturbances, such as those mentioned above.  In TCM, these signs of imbalance are identified as stagnation of Liver Qi, which is responsible for the balanced and smooth flow of Qi in the whole body.

When the Liver Qi stagnates in women, not only the period pain and other disturbances, but also emotions get congested.  The body sometimes attempts to clear this congestion and stagnation through outbursts of anger or crying in some women.  Interestingly, TCM considers that anger is one of the emotions that is associated with the Liver, with tears being considered the fluids of the Liver.

Acupuncture is effective in getting things moving smoothly in the uterus and harmonising the menstrual periods.  Depending on their root cause, in addition to acupuncture, some diet change, heat therapy, (Moxibustion), light exercises and Kampo – Japanese herbal medicine may be used and/or suggested.

Acupuncture may be your solution to go with the smooth FLOW!

Is Your Dieting Method Working For You? - No. 3 of the series

Dieting Programmes That Train Your Intestines - No. 4 of the series