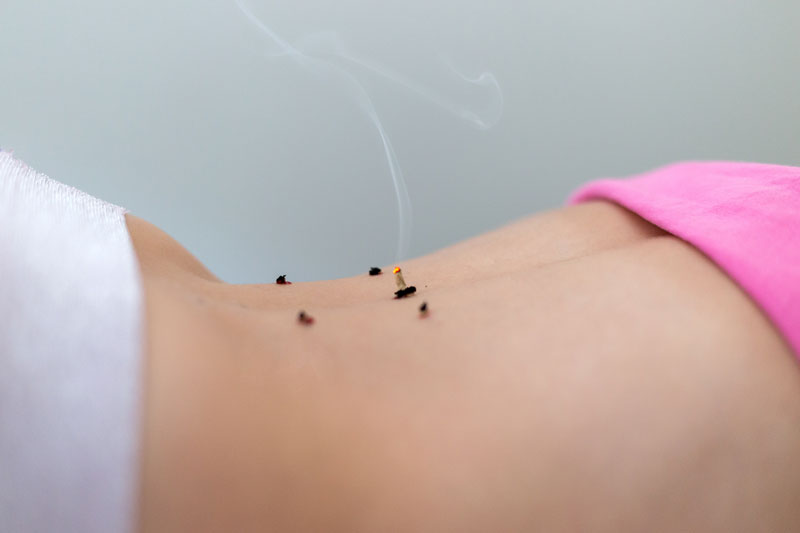 Moxibustion (also simply called as moxa) is carried out by burning a dried herb commonly called moxa or mugwort in English.

Moxibustion is Yang energetically, so has  warming, moving, and tonifying abilities.  Therefore, it gives you a warmth straight away and used to enhance Qi and Blood circulation.  Moxibustion is often used for a pain relief and gives a comfort to a sore lower back, a menstrual abdominal pain, other painful joints, etc.  Because of the warming nature, moxibustion is often used to rectify cold sensation in the body or bring up weak Yang energy as well.

​As the number of follicles may possibly be increased by the use of rice grain moxa and/or electro acupuncture on certain acupuncture points during an IVF cycle, I often apply both in my treatments.

So, how is moxa used?

Moxibustion is performed in several ways:

Some Japanese scientists report that moxibustion enhances immunity as it promotes the blood circulation (white blood cells) throughout the whole body.

Moxibustion may be performed alone or in combination with acupuncture as a part of your treatment..